Hi!  It’s been a very busy summer in my admin and pastoral care volunteer work, so I’ve not been able to work on more Ways to Grow in God articles at this time.  However, I’ve not forgotten you.  I promise that they will return.  Meanwhile, another way we can grow in God is by sharing our story – especially when it comes to how we came to faith. It’s called a testimony.

I am continuing my book in little bits between the work.  What is the book about? The book is a compilation of many stories that overlap in a busy life. A lot of it is about my own  journey;  in life, in art, faith, travels, studies, insights and personal history. While I’ve had some difficult times, I’ve also had brilliant times. I cannot complain – there are and have been many blessings in my life and I trust that my story will touch some people’s lives.

At the moment, I’m up to about chapter 10, in my first phase of a “memory dump.”  The book will probably look different than it does now, but since so many of you wanted a glimpse, I’m giving you a sneak peek in the middle of chapter one.

“I entered art school at Three Schools of Art in the Annex neighbourhood of Toronto while I was still attending high school. It was called Three Schools because there were three schools combined into one funky art college.  This community was located above many different stores as interlinking flats. The floor boards creaked; it was always a little cold, and the walls were bare, other than colourful brick or sometimes white drywall.  But it was Bohemian, and promoted creativity. The full time art school, New School of Art, did not give diplomas (in fact, the restrooms had labelled towel dispensers that said, “Diplomas, take one”!) but they instead excelled in avant-garde learning by artists who were active in their profession.  Some of these art teachers were quite unconventional, and many of them were opinionated. One of them, John McGregor, accused me of being on drugs because of my different art styles – I only had two at the time: the bold, expressive printmaking and the tightly detailed drawing.

It’s funny that he didn’t even consider my then-current painting style, which was based on shapes and shades of blue. He couldn’t understand that each style represented a different part of me – like the young adult I was and the little girl inside me. I continued at that school until its closing (it closed because the owners could not afford to re-mortgage their home to keep the school afloat).  So I pursued my learning at different schools after its demise:  Sheridan College, Ontario College of Art and Design, and finally, many different Toronto Art Groups that held their own workshops. Some of these classes included drawing, painting and printmaking. I learned from professional and semi-professional artists and became very serious about a career in fine art, illustration and art film photography.

I had exhibits in local libraries, cafes, doctor’s offices, group and juried shows, and at the time gained a lot of local exposure.  I even had some small commissions. I travelled to the French Riviera with local artists and worked to my heart’s content for the time we visited.  Yet, it wasn’t enough. My art career was floundering and was funded by working as a grocery store cashier, although I did have a short work stint in the art/printing department of Mississauga Library. I also dreamed of designing sets like I did in high school theatre arts productions. After all, Toronto was known as “Hollywood North” – or at least one of the major cities where filming was done in Canada. I also did black and white artistic photography, and photographed models, musicians on stage and portraits.  I was busy but it wasn’t lucrative.

Unfortunately most of the doors that I tried to push through professionally were shut tight.  No amount of banging on doors made a difference. Nothing seemed to open and I grew frustrated. Even my dream of dreams, to be a portrait artist in London, England didn’t seem attainable.

Eventually I began searching spiritually as well as career-wise.  One lady in my church choir took me to fortune tellers, and I didn’t know that these were forbidden in the Bible. This only made me more confused as I searched for answers in many wrong places! Some of these wrong turns included Scientology, befriending pimps and prostitutes when I had no idea who they were, recreational drugs, smoking, occult literature, astrology and eventually my own fortune-telling practices (including tarot cards and ‘reading’ objects). I remember going to one psychic fair looking for answers.  I didn’t find them, and grew more and more frustrated with the occult world – I had conflicting answers (well, they were getting their guidance from lying divination spirits!).  I remember saying to myself (and softly outloud), “I need to find out the answer; where do I go, whom shall I seek?”  At the time I felt like I was briefly overshadowed by evil, an ‘intelligent’ evil, and my ears burned. I had a sense that the wrong source had answered my plea for understanding.

Yet, in all my searching, I may have not drawn solace from my liberal-minded church, but I did always have a heart for Jesus. I remember reading a New Age book, of which I’ve forgotten the title.  The author stated that Christians were wrong, intolerant, narrow-minded and evil. I thought, “How could Christians be evil?”  The real Christians that I knew and met were kind and loving; even if they didn’t do all the things that I did at that time. I remember knowing this statement was not true, and I began to wonder what really was true about Christians and the church.

In the autumn of 1987, I house-sat for a friend, and I was drawing at her kitchen table. I remember saying to myself, “1988 has to be the year to change my life.”  I said that out loud, so it could have been a prayer. Then I felt an incredible wave of love and holiness wash over me. I sensed the words “Good!  Now’s the time to find God.”  While I didn’t know who the Holy Spirit was at the time, I knew somehow this voice was connected to God, and that he meant to seek out Jesus Christ.  I just ‘knew.’  The Holy Spirit was gently convicting me, and drawing me to Jesus; especially since I was searching.  And so, I narrowed my search to focus exclusively on Christianity, but I still didn’t know where to start.  I told my mother about my experience, and I asked where I may begin in reading the Bible.  She suggested I begin in the Psalms and Proverbs.  I read these, and then I skipped to the New Testament, where I read about Jesus for myself. No longer was I reading Bible stories that were taken out of context, but I read the whole thing.

I remember attending a church service during that season, and one of the scripture readings really caught my attention.  It was 1 Corinthians 10:13 (NLT): “The temptations in your life are no different from what others experience. And God is faithful. He will not allow the temptation to be more than you can stand. When you are tempted, he will show you a way out so that you can endure.”

After I heard that word, I was given a vision, or a visual picture in my mind, that I was trapped under an old kitchen floor.  Jesus opened up the trap door above my head, and looked down at me with kindness.  I was tied up and could not move, but Jesus reached out to me.  Then the vision ended.  I didn’t know that I was bound, but somehow I did know that Jesus was there for me.

Another month later, I was led to go to another church, where the pastor had the same name I did. Remember I was still called ‘Laurie’ then!  Laurie listened in a wonderful pastoral way, and encouraged me to attend a conference his church was to host in the near future.  He knew I was searching!  When I did attend this conference, I finally accepted Jesus into my life as saviour.  The speaker was Dennis Bennett, an Episcopalian (Anglican) priest. He was known as ‘the father of the charismatic movement.’  He and his wife Rita, also were active in inner-healing ministry.  This was the exactly the type of thing I was looking for!  This wasn’t the liberal Christianity that I knew, but this was the active kind where the Holy Spirit actually touched people. This wasn’t dry and dusty. This was REAL.  I wanted the real thing!  All the occult things I was involved with before were counterfeit, but I didn’t know that!

The night I accepted Jesus, I heard Dennis proclaim these words:  “You can’t be a Christian and a New Ager too.  Unless you are Jewish, you must give up any other kind of faith in order to be a Christian.” And so, when Dennis led the sinner’s prayer, I prayed it and meant it.  I was full of joy and felt light as air. However, there was a battle to come, since although I was now free of my sin, I was still demonized from my past. I had to allow God to touch those areas of my life one by one. I did however, quit smoking that night.  I figured that since Jesus gave me new life in him, I was going to give him my cigarettes. That day was April 27, 1988.

The following day, Dennis and Rita taught, and I learned that after the fall of human kind, Satan set up the psychic world.  That was a game-changer for me, since I did not realize who was deceiving me the whole time.  I thought I was in neutral spiritual territory, but I was definitely not neutral at all.   Thankfully I had good Christian support in my early Christian years.  Along with my Baptist church family, I had a mentor who was a Christian counsellor, a loving Christian boyfriend (son of a pastor), and in time a second church (in the Vineyard movement) that became my ‘hospital.’  That Vineyard church eventually became “THE” Toronto Airport Vineyard (later TACF and Catch the Fire) of the Toronto Blessing in the 1990s.  What a place for a hospital!  I had them and its offshoot, Thornhill Vineyard, where I grew in leadership… but I am jumping ahead.”

So that’s your little peek at what I’ve been writing, other than this blog. Meanwhile, I encourage you to share your own story.  Remember when you do, that this is only a small part of your story.  CS Lewis writes that our lives are only like the first page of an ongoing story – it’s a wonderful ending to the Narnia Chronicles, but it’s also the beginning to many adventures beyond our lives on earth.  (Read CS Lewis’s The Last Battle to understand what I mean)

Comments Off on Book excerpt: from L-A’s book 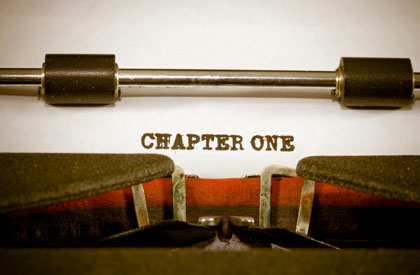 Hi, It’s Laurie-Ann.  During this season,  I’ve been encouraged to grow in creativity.  While I already am a visual artist, audio producer and radio host, I have been pushed to begin to write my story.  I know some of you have been encouraged by little stories that I include in my Ways to Grow in God articles.  Would you be interested in a sneak peak, or even read the book when it is finished?  Let me know!

Comments Off on L-A’s writing a book