Growing in God through Social Conscience 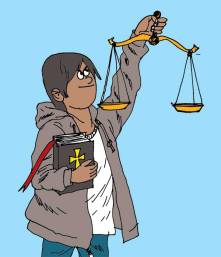 Last time we discovered that our faith can grow very well in the desert, when we learn to let him refine us from the fear that holds us back (like Hannah Hurnard’s “Much Afraid” in Hinds Feet in High Places). The desert can transform the image we have of ourselves and of God. These false images are shattered in the desert, so then we can see and discover what is real. We become transformed as we journey on in four unique desert gifts: spiritual transformation, psychological change, a new role and a new future. Part of the new role and future is having our faith grow “wings of action.” As we grow in spiritual and emotional health, it is time to reach out to others. There are so many needs. Where do we start? Part of it is through prayerful awareness. Let God develop his social conscience in you for the community around us.

Scripture tells us that our salvation is given by grace “through faith – and this not by yourselves – it is a gift of God – not by works so that anyone can boast.” (Eph. 2:8-9) Yet the Bible also tells us that works without faith is dead. The apostle James says, “what good is it, my brothers, if a man claims to have faith but has no deeds? Can such faith save him? Suppose a brother or sister is without clothes and daily food. If one of you says to him, “Go, I wish you well; keep warm and well fed,” but does nothing about his physical needs, what good is it? In the same way, faith by itself, if it is not accompanied by action, is dead (James 2:14-26). So we need to do these works as an expression of our faith, in thankfulness for what we’ve been already given.

What really matters when we reach out is our motivation. It must be out of true compassion rooted in God’s love (1 Cor 13:3). Psalm 89:14 reminds us that righteousness (holiness) and justice are the foundation of God’s throne. So what “kind of works” are on God’s heart these days? How can we be salt and light to the community around us? Nicky Gumbel has challenged watchers of the Alpha Course videos concerning confronting social evils. He asks, “Who will be the William Wilberforces of this present day?” I believe that Nicky’s right! William Wilberforce helped end the slave trade of many Africans, who were sold in England, the Caribbean and North America. Yet now there are many forms of slaves – economic slaves (sweat shops), sex slaves, child soldiers, and that’s probably the just the ‘tip of the iceberg.’ How can we stop slavery?

Who will help set these people free? Who is willing to be the hands and feet of Jesus to the broken people who are being used as commodities? I believe that’s a call to many of us! The same faith that gave us spiritual freedom, is also a call to action. The love you received is meant to be given away. Faith is an action word! One of my U of T Religious Studies professors taught me that the old English word for faith is a verb as in ‘Faithing.’ Faith is not a new concept. Neither is social justice and mercy.

My first taste of Christian social justice was at the Canada Awakening conference held in Toronto July 2010. One session included reports that Canadian laws are being improved. Some bills included the need to stop forced abortions for the girls who want to keep their babies. Other bills targeted mandatory minimum sentencing for sexual predators of children. Others dealt with stopping human trafficking. We also learned that the slave trade is alive here in Canada.

Danielle Strickland also shared of her work with the Australian Salvation Army as Director of Social Justice. She is part of a global movement called “Stop the Traffic” (STP). They help mobilize the Church against human trafficking. Australia legalized prostitution in 1993, under the justification that it would bring protection for their sex workers. However, it led to a huge increase in sex for sale. When brothels became legal in Australia, it provided a venue for human trafficking.

Danielle prayed for a strategy to stop this trend, and the prayer was answered when a 72-year-old lady called her. This lady (we’ll call her Joyce), received phone calls for a local Asian brothel because her number was only two digits off from her own number. She was disturbed about this and decided to change her number. She prayed before doing so, and instead, God impressed on her heart to call Danielle and go visit her ‘neighbours’ instead of changing her number. She called Danielle for advice and they prayed together. Danielle asked her what she would normally do for a new neighbour. Joyce replied, “Oh, I would bake them cupcakes!” Well, that was exactly what she was led to do! Sometimes a simple act that you would do for a neighbour is just what God provides to open a ministry opportunity.

Joyce asked Danielle to come with her to lend her support. Yet before Joyce reached the brothel, the Holy Spirit strengthened her resolve. She believed she was ready to stand at that door alone without Danielle. After all, she was the neighbor. So Danielle prayed from the street as Joyce rang the doorbell. The door was answered by an astonished brothel manager. Joyce was nervous. She shoved the cupcakes forward and said, “I brought cupcakes!” This action was welcomed, and she was invited in on a regular basis. Joyce came to know over one hundred girls on her weekly visits. All of the girls were from different Asian nations.

Joyce learned the girls’ names, their birthdays and she had a cupcake for each of them. Through Joyce’s compassion, the girls learned of God’s love for them. Danielle was led to do the same thing with ten Salvation Army teams and the combined cupcake ministry was a great success. Joyce, Danielle and others gathered the names of the girls and the list grew. These lists were growing proof of the connection between the brothels and human trafficking. In 2010, the Victoria State government called Danielle and asked if she was part of that “cupcake thing.” She replied that she was, and she was asked to testify as part of a state inquiry into the connection between the brothels and human trafficking!

Danielle also shared an amazing story of Fair Trade chocolate. This story coincided with an Ottawa Citizen ad of Cadbury’s Fair Trade Dairy Milk Chocolate only a month or two after this conference. This ad included the byline, “see the Big Fair Trade Picture.” A following article shared that schools were being built for the child slaves on cocoa plantations. The fundraising was gathered out of Fair Trade premiums for West African chocolate. In Africa, the major key for climbing out of poverty is education. Danielle and STP are part of the movement give these West African youth a chance. You are probably aware of fair trade coffee and how those premiums help poor farmers in South America and Africa. They help coffee growers to make a decent wage and provide for their families. Well, fair trade chocolate is a big issue too!

Danielle shared that STP discovered there are over 200,000 child slaves who pick cocoa in West Africa. Forty eight percent of all chocolate comes from West African cocoa beans. Many of these children are kidnapped from other poor countries like Mali and are forced to work in the cocoa fields. Even the farm owners where they work are paid very little for their cocoa. Danielle watched a BBC interview of a 15-year-old slave who was asked for his opinion on chocolate. The teen had no idea what the cocoa was used for (despite picking beans for six years). He was told that the world loves chocolate, and was asked “What would you say to the world about the chocolate they are eating?” He said, “Stop it! You’re eating my blood.”

Shortly after STP was aware of this video, they started the “Chocolate Campaign” to support fair trade chocolate. STP asked chocolate companies to think of selling Fair Trade chocolate since they were already making eleven billion dollars a year in profit on regular chocolate! They were ignored. So they prayed about it, and began to organize their efforts. They targeted Cadbury first since that company had a good Christian social-reforming foundation. Over a two year period, thousands of people called and wrote Cadbury that they could no longer eat the chocolate made by slaves. In 2010, Cadbury complied with these requests by producing their fair trade Dairy Milk bar. STP then began their “march” on Mars, and during their campaign, Mars announced that their whole chocolate line will go fair trade by 2020. Nestle was to be the next targeted company, who also complied with their 2014 Fair Trade cocoa plan!

When I heard this message, I shared it with family, close friends, and am now sharing it with you. I am inspired, since this is a simple way to be the hands and feet of God. Pray about what you might do. It may not be a brothel. It may not be about reforming the chocolate and coffee industries. Pray and listen to his voice. It may be something small, but together, we can stop more evil than you think. Yet some of us are called to more than kindness to those in need and consuming fair trade products. Are you ready for more?

Then in June 2014, I saw Pastor/prophet Shawn Bolz speak at the Daniel School in Ottawa. Shawn currently ministers in a church that is based in Glendale, California (near Los Angeles). The church is called Expression 58. His church is filled with many Christians from the entertainment industry, as well as Christians who have a strong heart for missions and social justice. Shawn has been given eyes to see the needs around him, and he prayer walks in nearby Hollywood and other communities within Los Angeles. There are many needs. He is not afraid to speak encouragement and life into youth on the streets, kids in gangs and the hidden people that may have been trafficked. Oh, the stories he shared! I wish I could remember the details of them all.

I do remember about a lady who leads missions from his church called Cassandra. Her heart was broken for how God wants to touch the needy around us. Cassandra wasn’t specifically called to help at a soup kitchen (although those are essential). She was called to difficult, dark places. I know of ministries that reach out to children and young adults who have been trafficked as sex slaves in Thailand and Cambodia. Thank God for them. And some ministries are called to minister to former child soldiers in Uganda. Yet have we considered the rebel ‘armies’ themselves as a ministry opportunity? Many of these Africans were forced into joining by killing their own relatives. Others were forced to become bush wives. All of them are heavily traumatized. Cassandra was called to minister to not only to the war zone victims, but also to the perpetrators! She has been called again and again to the DR Congo war zone, and hearts and lives have been changed. She also ministers to east Kenyans coming out of prostitution. You can learn more about Cassandra’s ministry at pursuingnormal.com.

Are you hungry for more? Next time we will explore about ‘stopping for the one’ and divine opportunities. Meanwhile, pray and see where God takes you, one step at a time.

Yours in Christ
Laurie-Ann Copple

Posted in Ways to Grow articles